This is easily one of the most exciting things to happen to us plant-based hipsters here in Europe. An egg replacement that apparently tastes like the real deal will hopefully drop in Germany and the Netherlands towards the end of this year.

Made by San Francisco company Eat Just, Inc., the JUST Egg has been waiting to get approval from the European Commission to sell in Europe for more than two years. This is due to the egg-like food being made from mung beans that needed to be given the thumbs up by the European Food Safety Authority.

Eggs made from mung beans

To give the 350 million laying hens in the European Union a break, and maybe chill the farming industry out a bit from killing the males, the founders of the company have been identifying plant proteins with properties similar to chicken eggs.

They settled on the mung bean, a small, green bean that belongs to the legume family as the ingredient that could replicate the much-loved egg. Which is good news for the chickens and good for the environment as mung beans are also some of the least resource-intensive crops a farmer can grow.

It’s no surprise that the nutritional value varies in comparison. However, the profile isn’t actually too different in terms of protein and calories with a chicken egg being 6 grams of protein and 1 serving of JUST Egg being 5. There’s only a 4 calorie difference between the two also.

Having said that, the sodium amount is almost double in one serving of JUST Egg (170mg). It’s nothing too crazy but if you were to make a large dish with multiple servings it all adds up. Adding to that the fact that it’s an ultra-processed food, makes these faux eggs a treat every now and again and probably not a solid replacement if you’re eating chicken eggs every day.

The FoodInstitute claims that mung beans “require less water and emit less CO2 to produce than soy, corn, wheat, and rice.” With JUST Egg claiming on their website that they use 98% less water, 86% less land, and 93% fewer carbon emissions than animal agriculture. Weirdly, they published an article on their Medium blog to talk about these sustainability metrics with links to dedicated sustainability pages on their website that have now expired (‘ju.st/environmentimpact’).

It does make it difficult to compare the impact with real eggs. However, in a press release published by their previously named company Hampton Creek they claim a saving from consumers using 3,947,592 eggs. “Hampton Creek calculated the total quantity of eggs in competitor products using the same underlying methodology used to calculate GHG and water impacts and assumed an average large egg without its shell has a mass of 50 grams, that hens produce 279 eggs per year.”

We’ve all seen the numbers and stats to claim that farming animals, in general, is causing havoc on the environment so switching from normal eggs to this replacement now and again is definitely smart. Let’s just hope that this company isn’t a form of Greenwashing with their claims.

Just Egg is coming to Europe

We can’t wait to get our hands on these and whip up a nice omelette, it’s been far too long. So for now we can’t review them so we’ll have to rely on the 4.5 out of 5 stars (4,654 global ratings) on Amazon US as a trust marker. One reviewer said that Just Egg “looks, tastes, smells, and cooks just like real eggs.” Can’t complain about that one.

Watch this space and keep your pans at the ready. You can find out more information about Just Egg on their jazzy official website. 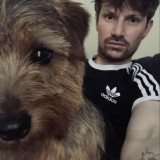 I am the Founder and Content Director of Digital Warble. Along with growing Digital Warble to be the leading online destination for environmentally conscious men, I also work on the Product Design team at the European Healthcare platform Atida.

The premium online men’s sustainable fashion and lifestyle magazine. Our mission is to become the leading online destination for environmentally conscious men.